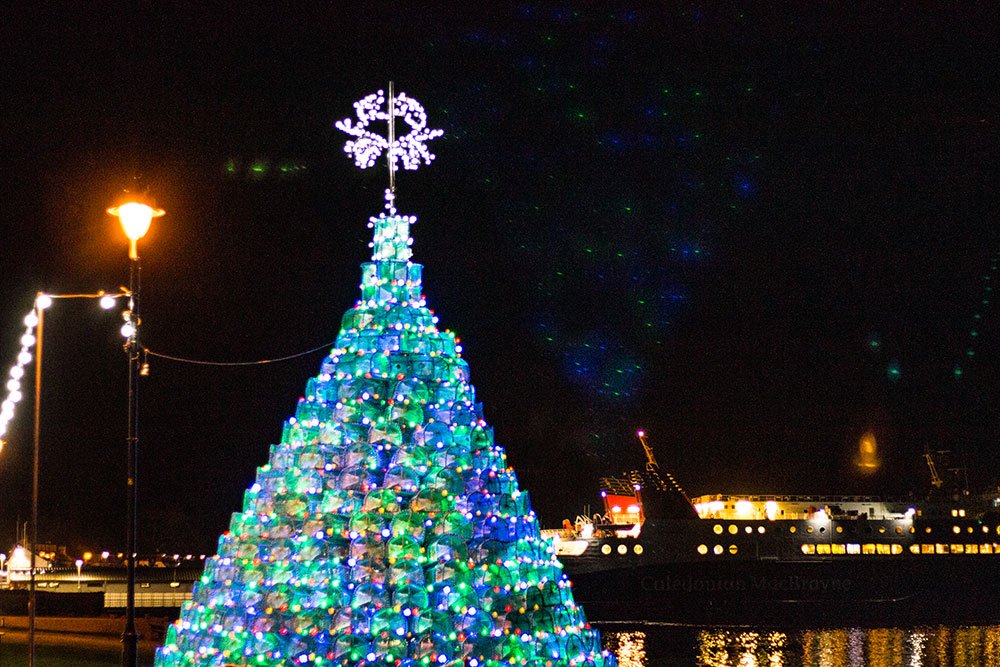 Last night we had a fantastic evening with the Ullapool Christmas Lights switch on and late night shopping. As part of the evening, we hosted the Ullapool launch of the Candlestick Press Poetry Pamphlet called Christmas Lights. We were thrilled to have the Ullapool based Poet Stephen Keeler read his title poem and also to explain a bit behind the inspiration to the poem. As he said last night, it was inspired by Ullapool and made in Ullapool. What was even more fantastic was the fact that 50 to 60 people came to the event last night and enjoyed shopping, the Christmas decorations and also the delicious canap?s, produced locally by Izabela especially for the launch.

EXCITING NEWS: We were also beyond excited to have a visit from BBC Alba who decided to cover the book launch. They filmed some interviews, the poetry reading and also filmed the guests at the book signing too. It is planned that this will be shown tonight (Friday), along with some video of the Christmas Lights switch on, at 7pm-7.30pm tonight on BBC Alba. Tune in!