Yesterday the longlist was announced for the innaugural Nan Shepherd Prize 2019. the full longlist can be read here https://nanshepherdprize.com/2019/ with the shortlist being announced on 21st October and the winner revealed on 18th November.

Congratulations to all of the nominees. 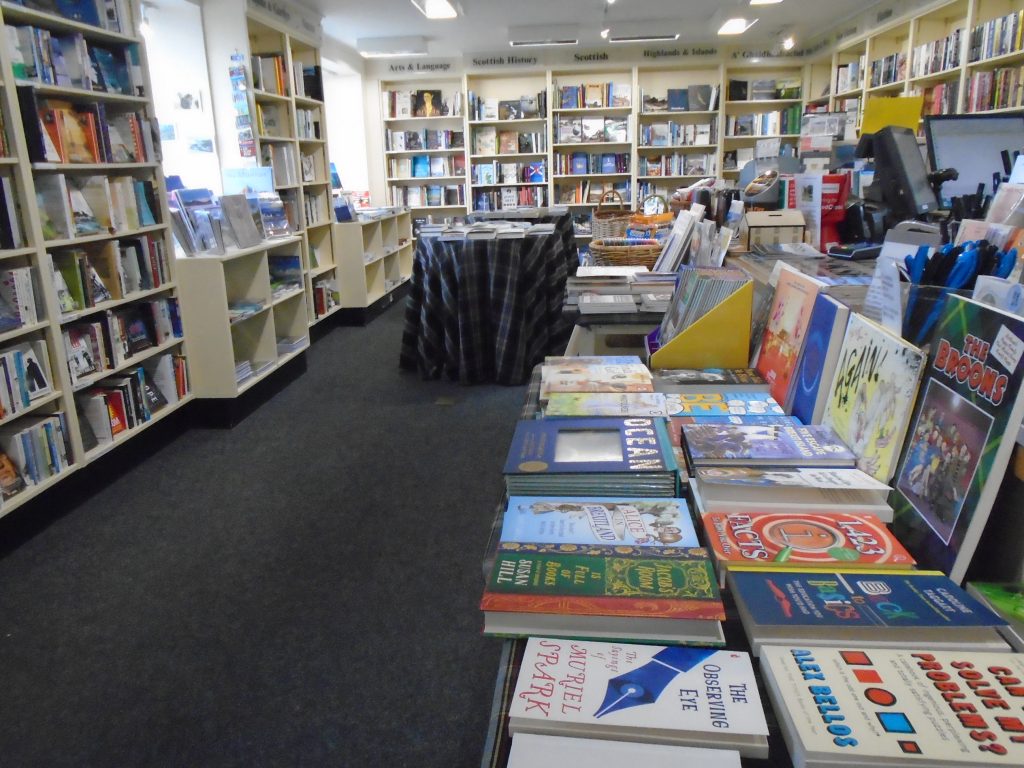 Booktime Magazine is a bi-monthly free magazine which we are proud to stock at Ullapool Bookshop. This month we are especially delighted to be featured as the ‘Bookshop Says’ ‘Ullapool Bookshop’ on pages 8 & 9! If you click on the link below an electronic copy is available, or of course pop into the bookshop to collect your own copy and read all about us

We are delighted that the BBC Scotland magazine programme ‘Loop’ has recently transmitted a new programme called ‘Delving into the Darkness.’ This programme includes crime writer Val McDermid who was interviewed both here in Ullapool and at the Edinburgh International Book Festival. Some of the footage of Val McDermid was filmed when she was in Ullapool for her ‘My Scotland’ book event recently with Alan McCredie, but also you may spot the Ullapool Bookshop in the film too!

For those of you who want to see the programme, it can be found here on iPlayer: https://www.bbc.co.uk/iplayer/episode/m0007pd6/loop-2019-delving-into-the-darkness 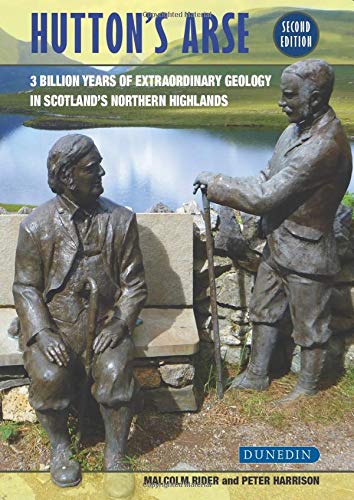 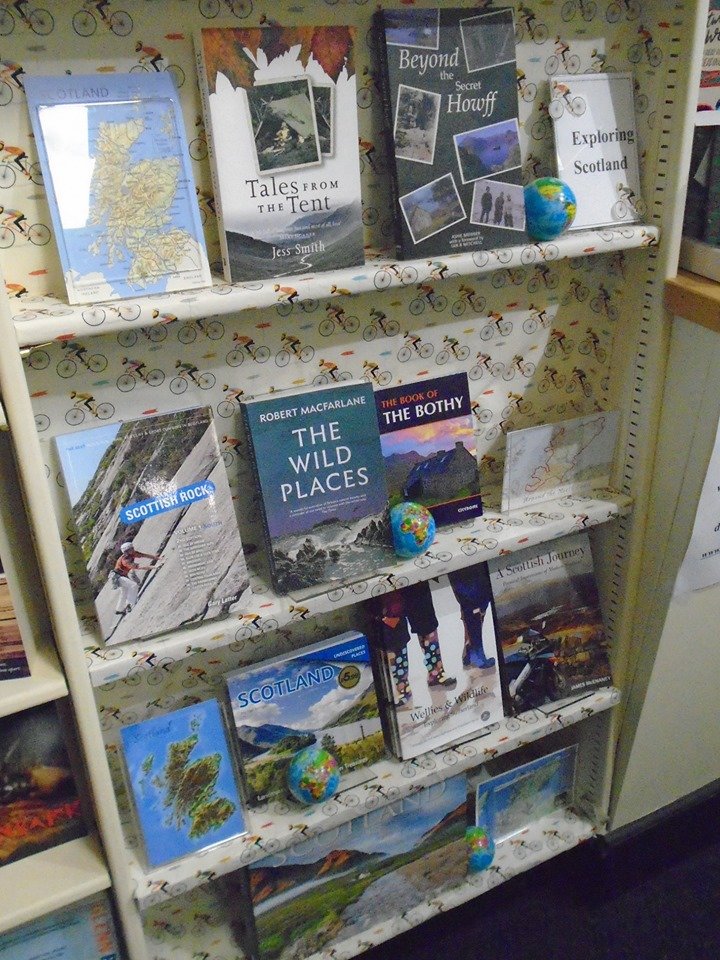 Exploring Scotland…is the title of our monthly display area in the bookshop. If you are getting out and about, why not try The Book of the Bothy published by Cicerone Press, or Robert Macfarlane’s excellent book The Wild Places? There is also a stunning new coffee table book featured called Scotland : Highlands, Islands, Lochs & Legends
by Claudia Martin (?19.99 hardcover) 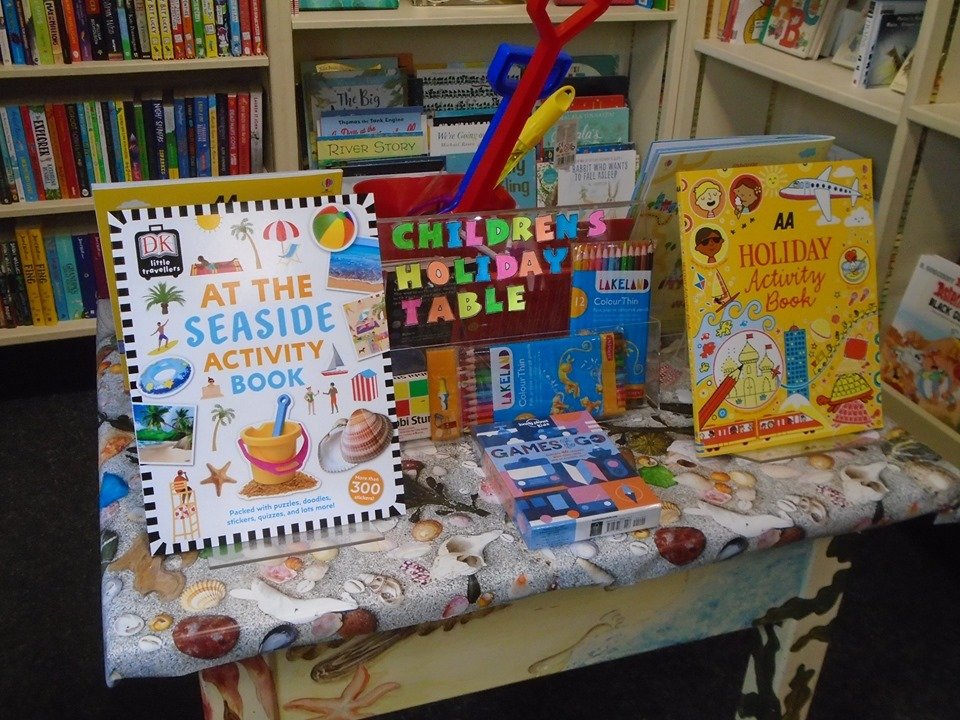 Our kids area currently has a new display featuring all kinds of fun-filled activities for all of the family. Including crayons, felt-tip pens, games for all, wipe-clean activity books, i-Spy books, sticker books and also Travel activity books too.

The Captain’s Cabin, Ullapool Bookshop and Lochbroom Hardware are pleased to donate in full all monies collected in respect of the 5p carrier bag charges to charity. Since the charge was introduced we have donated ?724.45 to Highland Hospice and, this year ?183.75 to Munlochy Animal Aid.

Pictured here signing some copies of ‘The Sealwoman’s gift’ is author and journalist Sally Magnusson who popped into the Ullapool Bookshop before her event at the Ullapool Book Festival last weekend.

CLOSED TO THE PUBLIC DUE TO LOCKDOWN
However, delighted to announce that a Mail Order service is now available. Email: [email protected] or visit www.ullapooltrading.com

This website uses cookies to improve your experience while you navigate through the website. Out of these, the cookies that are categorized as necessary are stored on your browser as they are essential for the working of basic functionalities of the website. We also use third-party cookies that help us analyze and understand how you use this website. These cookies will be stored in your browser only with your consent. You also have the option to opt-out of these cookies. But opting out of some of these cookies may affect your browsing experience.
Necessary Always Enabled

Any cookies that may not be particularly necessary for the website to function and is used specifically to collect user personal data via analytics, ads, other embedded contents are termed as non-necessary cookies. It is mandatory to procure user consent prior to running these cookies on your website.