The important new book by eminent author and historian David Alston called SlavesandHighlanders can now be purchased online from our shop here. https://ullapooltrading.com/product/slaves-and-highlanders/ .

Longlisted for the 2021 Highland Book Prize.

Explores the prominent role of Highland Scots in the slavery industry of the cotton, sugar and coffee plantations of the 18th and 19th centuriesScots were involved in every stage of the slave trade: from captaining slaving ships to auctioning captured Africans in the colonies and hunting down those who escaped from bondage. This book focuses on the Scottish Highlanders who engaged in or benefitted from these crimes against humanity in the Caribbean Islands and Guyana, some reluctantly but many with enthusiasm and without remorse. Their voices are clearly heard in the archives, while in the same sources their victims’ stories are silenced – reduced to numbers and listed as property.

Copies are in stock and are generally despatched within 24-48 hours of placing your order.

Ullapool Bookshop has now moved onto our Winter Opening hours which are as follows:

9am to 5pm Monday to Saturday

If you are travelling to us, you might want to phone in advance just to double check for any last minute alterations to opening hours (01854 612918).

Our Ullapool Trading website is constantly being updated with new products and some exclusive signed editions too. Many thanks for your continued support.

Back in 2020 news was announced that an alternative website was going to be established for Independent Bookshops to join, which would offer them a level platform to offer sales and marketing on. On 2nd November 2o2o Bookshop.org was launched and very quickly it 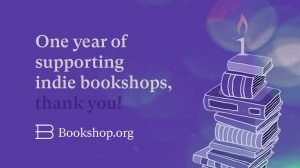 has grown to now include 493 Independent Bookshops throughout the UK. Ullapool Bookshop is one of these Bookshops and I am delighted that so many customers have chosen to buy books through Bookshop.org offering a wide range of books, maps and gifts, as well as benefiting Bookshops with commission on every sale.

If you would like to visit our shop, go to: https://uk.bookshop.org/shop/ullapoolbookshop

I have recently updated our Summer Book Suggestions list on Bookshop.org where any sales help support Ullapool Bookshop, even if you can’t get to us in person this year. We receive a commission on any sales generated through our shop at Bookshop.org and all books are despatched by them direct to your door.

Click on the picture below for a link and to discover our online shop.

One of our Reps for our main distributor has suggested that bookshops could make some videos to take customers on a Virtual tour around our shops, in preparation for re-opening. So, here is ours, which is available on Instagram, Facebook and Twitter:

The book is £20 and features tales and photos from many local important figures, as well as a history of fishing in the area, all accompanied by delicious recipes too from the Shack, which can be made at home.

We are thrilled to announce that Ullapool Bookshop has just joined Bookshop.org

and our new profile page can be found here: https://uk.bookshop.org/shop/ullapoolbookshop of course orders can still be placed direct with us as well via email, phone, in person, via messenger and other social media channels too. Thank you.

Absolutely thrilled to receive copies of James MacGregor’s amazing new book about Scoraig. It is 820 pages in full colour and copies can be reserved or posted out by calling 01854 612918 or email [email protected]
The book is £35 and postage and packaging within the UK is £10. Payment can be made over the phone with a credit or debit card, or if international postage is required, we can also accept payments via PayPal. 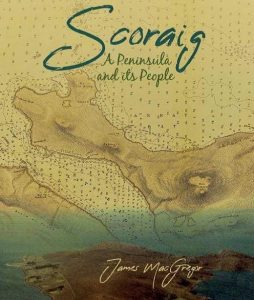 The new 2021 Coigach Heritage Calendar is now available from the Ullapool Bookshop. It costs £6 and can either be purchased in the Bookshop in person, or we can also arrange to post this to you. Please contact the Bookshop in the first instance. Payment can be made over the phone or via PayPal. Please either call 01854 612918 or email [email protected] 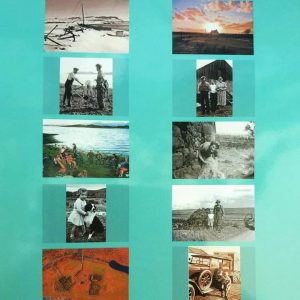 Monday to Saturday 9am to 5pm
Sunday 11am to 4pm